As the first and only Black Police Officer working in a modern day city, it can be both challenging and daunting. That is the story of Mr. Kenneth Ikenna Ekeke, who worked for seven years with the London Metropolitan Police before moving to the Western Australian Police force where he currently works. The Western Africa Magazine cornered him in London to find out his views on his Policing experiences in the UK and Australia.

WAM: Please, briefly introduce yourself, your educational background and your professional career.

Mr. Ekeke: I am Kenneth Ikenna Ekeke, a British citizen of Nigerian parentage. I presently I live and work in Australia. Earlier in life I studied in Nigeria where I obtained my National Diploma in Fabrication Engineering from the Petroleum Training Institute, Effurun, Nigeria, prior to joining my family in the UK. In the UK, I studied at South Bank University in London where I obtained a BA and B.Sc (Honours) degrees in Medical Health Sciences and Sociology. After completing that I went on to the University of Manchester, Institute of Science and Technology where I did my Masters in Corrosion Science and Engineering. After my Masters, I joined the Metropolitan Police in 2002 as a substantive Detective Officer and Investigator within the Criminal Investigation Department (C.I.D) for 7 years before transferring to the Western Australian Police.

WAM: Can you tell us a little more about your role as a Detective Officer within the Police?

Mr. Ekeke: As a detective, I supervise major investigations like murder, kidnap, rape, serious financial fraud, cyber crimes, money laundering, theft and other serious crimes. I run them from start to finish including going to court and getting the criminals convicted and sentenced to prison. I also have supervisory roles and responsibilities and I have to react swiftly to any unfolding events. I manage victims, suspects and witnesses, co-ordinate forensic examinations, assessing risks that may affect public safety and also dealing with the Press. There are much more to the detective job than can be covered in this interview but obviously it entails running quite serious investigations.

Mr. Ekeke: I joined the Metropolitan Police in March 2002 as a Trainee Detective Constable (TDC) and trained at the Police Academy in Hendon, passed out after four months of training and worked at Lime House Police Station on probation, learning the trade. At the station, my report writing and day to day general duties caught the attention of my supervisor, who recommended that I make an early application to join the Criminal Investigation Department (C.I.D). Normally, you would have gone through your two years of probation before you can join the C.I.D but I joined within six months. Three months later, I got selected into the Detective training programme going through the very stringent Detective Training School. The Police commissioner then, Sir John Stevens proposed that all to give a bonus of £150.00 each to all trainee detectives that passed their course the first time. I was one of the recipients of that £150.00 bonus.

WAM: At what time did you transfer from the Metropolitan Police to the Western Australian Police?

Mr. Ekeke: After working for the Metropolitan Police for seven years, I felt I needed a change and to diversify my Policing experience. My choice of Australia is based on my belief that the country’s issues are similar to the ones we face in England although there are other issues that are particular to them and would help my aspirations of diversifying my experience. 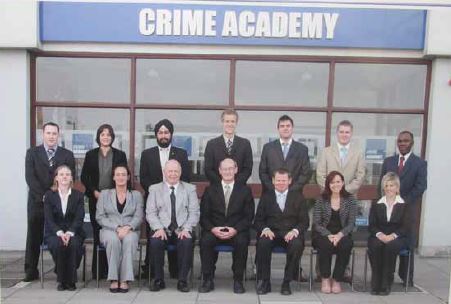 The Aboriginal issue for example, is quite a big issue in terms of the treatment they ware reported to receive from members of the Police in Australia. I felt the need to gain some experience on that and other aspects of Australian policing, so I applied for a transitional transfer programme. The programme was quite rigorous and it took about eighteen months for me to get through the processes of interviews and tests leading to my invitation to Australian Police academy. Looking back now, joining the Western Australian Police Force has been one of the best decisions that I have made.


WAM: How would you differentiate your time with the Metropolitan Police in London and your current experience with the Western Australian Police Force?

Mr. Ekeke: Well, my time with the Metropolitan Police was an interesting one, it was a combination of learning my ropes as a detective through to when I could run investigations competently and comfortably. I enjoyed my time there because I received a lot of support and personal development from the service. The experience and knowledge I now possess are attributable to the Metropolitan Police in every sense. That experience helped me a great deal to adapt to the nature and type of work that I now do in Western Australia.

Western Australia is a unique environment, completely different from the UK although their laws are similar to that of the UK, so it was easy for me to switch over. Dealing with the Aborigines, they seem to find it strange that I am the only Black African ever employed by the West Australian Police. So when I go out on the streets, people run up to me and ask, “How did you join the Western Australian Police. This is the first time we are seeing a Black person in the service”. It has been an interesting experience working for them and I have enjoyed my work so far.


WAM: How do you juggle your demanding job with your social and family life?

Mr. Ekeke: That is the difficult part, Police work is highly demanding both mentally and physically. There is an impression that divorce rate is high within the Police service and the reason is that most times, officers do get tucked-up in their jobs at work and rarely have social lives. When they find spare time to spend with their family, you find that most times, they are called back to work, especially if they are detectives. The job of a Police detective can be demanding and often impacts negatively on relationships as in my case where I lost some friends because they could not cope with me cancelling appointments. I would say that I have not enjoyed the best family and social life working with the Police.

Mr. Ekeke: Actually, at the time that incident occurred, I was not a Police Officer, I was at the university. I saw the intense media coverage of that particular investigation and my take was that it was assumed that the actual murder was racially motivated. As a result, the Police was accused of not carrying out a proper investigation and institutionally racist. That was followed by the IPCC, who also ran an independent inquiry following McPherson’s Inquiry which suggested that the investigation was not thoroughly and effectively done and that the Police was hiding some information. It was felt that the Police needed the confidence and trust of the ethnic minorities and should be transparent and accountable in the way they carry out their duties. The Metropolitan Police has now addressed a lot of these issues by recruiting more ethnic minority officers into the Police force.


WAM: Are there other peculiar experiences that you have had working as a young Black Detective Officer?

Mr. Ekeke: At times when I turn up at crime scenes or attend serious and critical incidents at hospitals, some people still have this kind of expression on their faces, like, “Why is this Black guy the one investigating my case?” and I have had issues where people queried me and said “Why are you the one investigating my case?”, you can read it on their faces. There have been instances when we pull people up and they talk to the white officers working under me with the impression that they are in charge and obviously they get referred back to me, saying, “Ken is in charge”. You have to develop a thick skin because the job has to be done and one cannot get distracted by how some people perceive a black person.


WAM: Numerous media coverage suggest that the Police maltreat the indigenous Aborigines in Australia. Give us your views on these reports based on your experience?

Mr. Ekeke: Before transferring to Western Australia, I had my own impression about the mistreatments of the indigenous Aborigines by the Police there. But having actually had a working experience with them, I can now say that the white people are doing their best to integrate them into the system. The Aborigines also need to improve their level of commitments to engage or integrate themselves into the system as opportunities are routinely being given to them which they need to take up.

WAM: What are your future aspirations in terms of career progression within the Police force?

Mr. Ekeke: Well, the role I have now is a supervisory one with plans to go into management and later branching off from the Police and possibly go into politics. At the moment, I am concentrating on my Police work and loving it by the day, relishing the challenges and unpredictability. I would say that I have enjoyed the job I do in the Police force in the sense that my job impacts positively on people’s lives. For me being able to deliver justice and fairness to people is one of the rewarding aspects of the job.


WAM: You mentioned being interested in politics earlier, have you ever considered relocating to your motherland, Nigeria, to share your knowledge and experiences within the Law enforcement agencies or in any other capacity as may be required by the Nigerian government?

Mr. Ekeke: Yes, it has crossed my mind on numerous occasions. My relocation to Australia has balanced my Policing experience and my next step would be to relocate to Nigeria, to assist in either Law enforcement or any other capacity within the government. My wife is a politician there so it would give me joy to relocate to Nigeria to contribute to the society. It is the country of my birth that has offered me so much and I feel that it deserves my service, knowledge, experience and skills that I will bring from working for the Metropolitan Police and Western Australian Police.


WAM: How would you advise any prospective black British candidate who intends to apply for work with either the Metropolitan Police or the Australian Police? 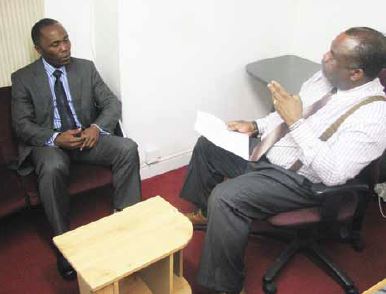 Mr. Ekeke: It is a good job but you would have to be prepared and ready to have a thick skin because it is not going to be all rosy, especially with being black, so it would be a matter of having a positive approach and being committed to achieving whatever you set your mind to. With perseverance, confidence and believe in your own ability, you will always have the success that you deserve.

WAM: Sir, on behalf of Western Africa Magazine we wish you success in your future endeavours. What would be your final comments to conclude this interview?

Mr. Ekeke: Thank you. I would like to congratulate and encourage you on the broad minded path you have so far walked in media coverage and to express my gratitude to you for giving me the opportunity to comment on these sensitive and controversial issues. WAM