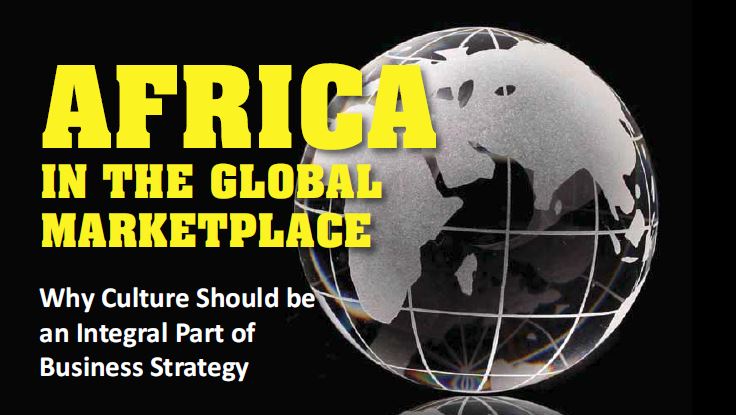 In today’s era of globalisation, conducting business internationally requires culturalawareness and effective cross cultural communication skills. Yet, many executives, volunteers, and expatriates are often sent into foreign markets with little or no understanding of their host culture. For the Western traveller, there are few destinations on earth that present more cultural differences than sub-Saharan Africa. What might be acceptable in Europe or North America may be frowned upon in Africa. Many of the goals may be the same, but the business styles and ways of communication differ greatly.

For example, the Western need to produce quick and tangible results can clash head on with the African slower pace and long-term outlook. Consider the case of a Western negotiator presenting a business proposal to a team of African executives. Following the presentation, the African team may respond, “We will study the matter.” Finding the answer too vague, the Westerner may press for something more specific: “How soon do you think you can get back to me? In one or two weeks? In a month?” This only makes the African team uneasy as they dislike being pressed to act prematurely. The lack of patience on the Westerner’s side can undermine his negotiation efforts and create anxiety and distrust among the African team. By ignoring how culture impacts local business practices, the visiting executive may inadvertently lengthen the consideration stage of the proposal or, worse, risk losing the interest of the other side altogether.

The African approach to decision-making does not mean that local businesspeople are unable to make quick decisions or get things done individually. Rather, it represents the cultural significance of consensus and consultation, which tends to guide the decision-making process in Africa’s group-oriented cultures. Conversely, in the time-driven cultures of North America and many parts of Europe, people pride themselves on conducting business at lightning speed and favour a quick and individual approach to decision-making. Operating from this perspective, the Westerner who resorts to the ‘hard sell’, by applying pressure to influence decision-making, will not only break the lines of communication, but could potentially cause irreparable damage and costly mistakes.

For Western operations to compete successfully in Africa, Western business leaders must understand the role culture plays on business development and relationship building.

…For Western operations
to compete successfully
in Africa, Western
business leaders must
understand the role
culture plays on business
development and
relationship building.. .

In a forthcoming book, titled Business and Social Etiquette in Africa: A Guide to Understanding Culture and Business Practices, I focus on providing readers with deep insights into the intricacies of managing and communicating effectively across cultures. As a former expatriate manager for the IBM Corporation in West Africa and a current consultant for global companies operating in Africa, I draw from my years of experience and research to illustrate why the global marketplace is still largely dependent on the human element—the way people communicate, how they make decisions, what motivates them to act and how they build trust, credibility and lasting relationships. When international associates are motivated by a different set of cultural values— when they judge situations from different perspectives— communication breaks down, walls go up, and deals fall apart. By zeroing in on the people dimension of doing business in sub- Saharan Africa, Business and Social Etiquette in Africa departs from the common practice of drilling readers on the do’s and don’ts of doing business in African cultural environments. Instead, the material focuses on familiarising people with the basic values, belief systems and biases that inform the business styles of African people.

Though technology has connected us to almost everywhere in the world, the effectiveness of these connections depends greatly on creating a common perspective. Technology alone cannot handle the complex task of interfacing with people of different cultures. A corporation’s website cannot give you insight to the way decisions are being made on the other side of the world. This is only possible when we understand the people with whom we are dealing. And in order to understand people we need to understand the cultural context in which they are operating. In order to bring home contracts that lead to mutual benefit and sustainable business growth, expatriate personnel have to become skilled cross-cultural negotiators, managers, and team builders. 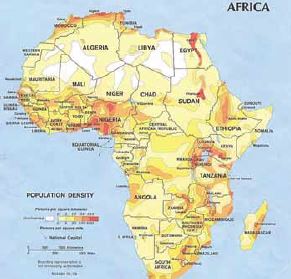 Over the next two decades, Africa is primed to become a leading destination for the growing global market in offshoring and outsourcing services. But for a global enterprise to compete successfully in Africa, a customer service representative in Ghana has to be able to communicate effectively with counterparts in the United States. Factory managers in Kenya’s textile mills have to be able to respon accurately to the requests of European clothing buyers. And marketing people in London must be able to negotiate with Nigerian distributors in Lagos. In short, a culturally competent expatriate can save themselves and their companies the cost of expensive mistakes simply by embracing cross-cultural skills as part of a broad strategic focus.

It is important to note, however, that there is no ‘one’ African culture or society. With over 900 million people spread across 54 nations, the continent is culturally complex. Even in the sub- Saharan region, commonly referred to as “black” Africa, differences exist not only among countries, but within countries as well. Ghana is not Angola and Angola is not Tanzania. Still, there are some common beliefs and core cultural values that transcend national boundaries, languages and ethnicities and form a fundamental cultural unit.

By placing special emphasis on the sub-Saharan region of Africa, my goal is to give people insight into the deeply embedded social customs of the region, many of which are implicitly understood, but have no explicitly stated rules for social conduct. Examples include African hospitality, speech patterns, social reciprocity, decision-making, boss-subordinate interactions, relationship building and the social fabric of community. These deeper cultural values are rooted in the subconscious and are, therefore, difficult to identify in other people. However, these customs provide the framework for the social expectations of interpersonal interactions.

In Business and Social Etiquette in Africa, readers will gain from practical strategies on how to recognize, respect, and effectively manage cultural differences at both the interpersonal and organisational levels. Opening the book is a foreword by Dr. Olufemi Babarinde, a leading authority on the African region and a post-graduate professor from the Thunderbird School of Global Management (ranked No. 1 in the world for International Business). WAM