Emerges the new wings of Nigeria 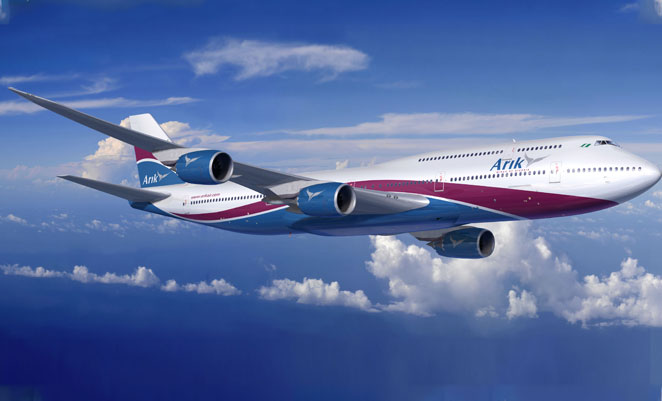 When on October 10, 20mally commenced flight operations on October 30, 2006, it was tagged “baby airline” Solely because of its emergence as a fresher in the Nigerian Aviation Industry. 06 Arik Air was officially inaugurated to commence operations in Nigeria by then Aviation Minister, Babalola Aborishade, no one could imagine that in no distant future this airline would spring into a household name in just a blink of an eye.
Looking at the highly Competitive Aviation Industry emerging particularly in Nigeria and Africa in general, Arik Air has distinguished its self in many ways and has indisputably secured herself a position in the industry as she engaged other existing competitors in a superiority fight and even emerged tops. At the start of its operations three years ago, the company started with brand new CRJ 200 Banbardier and a 900Jet aircraft unlike the usual fairly used aircrafts imported into the country by other operators.

This is the first of its kind in the over thirty years of aviation business in Nigeria. As if that is not enough, it went on to acquire the B737-300 and soon followed with many B737 – 700 in quick succession to expand its domestic and international operations which expanded across the West African regional routes. Presently, Arik Air boost of 28 brand new aircrafts in her fleet, making her the largest indigenous airline carrier in Nigeria and third in Africa after Ethiopia and South Africa airlines respectively.

The projection of the company to expand its operations is not in doubt. Many industry watchers believedAriks’ continuous acquisition of modern aircrafts is an integral part of its strategy to position her in the forefront of the industry. Already, in just a short period of its existence, Arik Air makes 120 flights daily, which makes her the largest domestic flight carrier in Nigeria today. It is believed, around aviation circles that the emergence of Airk Air has completely changed the industry giving Nigeria the hope of achieving the category status that will permit her airlines to fly to the US and other top European countries as Nigeria soared through the international civil aviation audit.

This is true as quoted in their annual report: “ In December 2008 , we successfully launched our initial intercontinental operation from Lagos to London  Heathrow. We currently fly daily from London Heathrow Terminal 4 with our newly acquired airbus A340-500, which offers the highest degree of operational flexibility and unmatched passenger comfort. The aircraft offers 36 Premier Class and 201 Economy Class seats. Premier Class passengers enjoy ‘super flat’ beds equipped with 17 inch monitors and a new generation inbuilt massage system. It also has a communal area which comprises a bar lounge, sofas and a seat-free space for socialising.

“Our inaugural flight to London is perhaps the best thing to happen to passengers on the London-Lagos route since the service first started. It’s a bold statement, but as a frequent flyer on the London to Lagos route I know that for far too long, we have been paying far too much, for far too little in value. This is probably one of the highest priced routes in the world, yet somehow comfort and service currently seem to be an afterthought, rather than a priority” said Dr Michael Arumemi-Ikhide, CEO, Arik Air International Ltd . 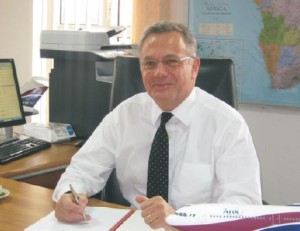 “Our Company was created by a man with a very clear vision; to deliver a world class service to every passenger on every route. We have realised that vision domestically, we have realised it in the West African region and now it is time to offer it internationally. Moreover by taking up position in the heart of London, we are blessed with one of the most desirable international gateways from which to spread Arik’s unique West African message . “Our aim now is to exceed our passengers expectations internationally, become the carrier of choice to the West African region and demonstrate our credentials as the flagship airline for Nigeria and the gateway to West Africa.” Arik Air’s ambition does not stop with London. We are now taking our world class airline to the rest of the world and have secured the rights to fly to Johannesburg, New York, Houston, Paris, Beijing, and many other international destinations. To fly these new routes we have over US$6.1 billion of new aircraft on order to be delivered over ten years. These include Boeing B777s, B787s and Airbus A340s, all fitted out in the most luxurious style, in keeping with our world class standards.

On Sunday, 29 November 2009, ArikAir, Nigeria’s largest commercial airline launched their non-stop flights between Lagos and New York (JFK), the new route is their third international service outside of the West Africa region, following the commencement of daily flights to London Heathrow in December 2008 and to Johannesburg, South Africa, in June 2009.

In announcing the new international service, Arik Air’s Managing Director, Mr Jason Holt said: “Arik Air’s new non-stop flights between Lagos and New York will be the airline’s first transatlantic service. They will also be the first direct flights between Nigeria and the United States to be operated by a developed a maintenance culture
that will see all aircrafts in its fleet undergo routine checks on their return from every trip. In doing this the company has gone into agreement with Lufthansa Technik. Which will on a regular basis conduct routine check on its aircrafts? These checks are categorized ; they are the unscheduled and the scheduled. The scheduled maintenance checks are planned checks by the company. These are checks which focus on a particular work to be carried out on an aircraft while the unscheduled its operation. “Our customers are our focus. We try as much as possible to pay special attention for the desire of customers; this is the view of the highly competitive aviation industry where quality service determines the productivity of a company. This is no doubt the ever increasing scope of our passenger base, leading to increases in the number of flight destination in Nigeria, Western Africa and Europe. We have embarked on a series of training to enable our staff cope with the prevailing challenges of our Nigerian airline in the last decade. This is of great historical significance for Nigeria and a source of great pride for Arik Air.” 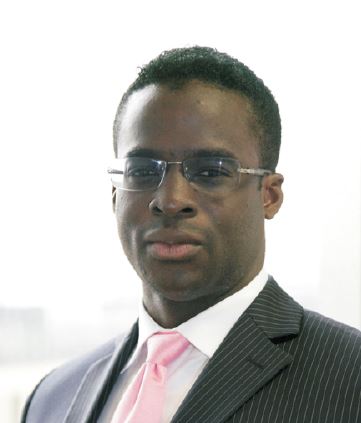 Knowing fully well the most important demand in air travel business is safety and considering the alarming increase in air travel accidents, the newly appointed managing Director of the Company Mr Jason Holt told Western Africa Magazine that the company has checks are those carried out to enhance the airworthiness of the aircrafts by servicing all notable problems.

The business of Arik Air is to be a world class airline carrier whose special focus is meeting the satisfaction of its customers and to achieve this Arik Air embarked on the training and retraining of its personnel to boost the effectiveness and efficiency of expansion, says Mr. Sundaram Suraj, Ariks general Manager Sales and marketing.

Arguably the largest airline in Nigeria, Arik Air has maintained a policy of giving its clients special treatment on board Arik Air not minding ticket class as preparation are in top gear to launch flight schedule to all possible destinations. Arik Air is a wholly-owned Nigerian airline with a commitment to the people of Nigeria to deliver new standards in aviation. Founded in 2002, it was the vision of Sir Arumemi-Ikhide, a leading and well-respected Nigerian businessman who understood that if business was to succeed, there needed to be efficiency and quality of service. He had spent many years traveling throughout Nigeria without the satisfaction of knowing that he could depend on the existing choice of air transport services available to him and to the good people of Nigeria. He also recognised the importance of healthy market competition in achieving efficiency. A plan for change was soon conceived and later set in motion in 2, with the demise of Nigeria Airways the national airline going into liquidation.  Arik Air took over the facilty of former Nigeria Airways Limited in Lagos and major reconstruction work commenced to transform it into a modern office complex for a modern airline with the aim to compete.

following the completion of successful ‘proving’ flights, Arik Air welcomes passengers on board its brand new Bombardier CRJ 900 aircraft, the first new commercial aircraft to operate in Nigeria for over 20 years

domestic services were expanded second hub of Abuja. The airline invests circa $US 3.7 billion in an order for new medium and long haul aircraft , the airline commences its first African regional service, to Accra (Ghana) , commercial operations commenced on the airline’s first international long haul route with a daily nonstop service between Lagos and London Heathrow , Arik Air had welcomed more than 2.5 millions guests on board its domestic, regional and international services since launch.

Following the socking demise of Nigeria Airways the National Carrier of Nigeria the largest and richest country in sub-Saharan Africa, the Nigerian air route was opened to fiendish battle amongst the foreign operators who used all gimmicks to control the demand of the Nigerian air travelers; an attempts was made by virgin airline in collaboration with few Nigerian businessmen to clone a near subchristened, virgin- Nigeria in the bid to recapture Nigerian travelers to replace Nigeria Airways – the national carrier, but all to no avail.

Arik Air emerged to the greatest surprise of many critics to foot that bill and boy have they done a marvelous job that majority of the aviation industry watchers have been commending their successes with the awards of all classes of accolades on the airline. A Nigerian national daily This day Newspaper, Lagos, Nigeria, awarded Arik Air the Airline of the year in January 2007 and 2009 respectively. In May 2008, Arik Airline received the ’International Quality Summit Award, Gold Category, New York, USA. These sums up like the adage that goes “Who the Cap fits; let him wear it”.

“Arik Air’s huge investment in the nation’s aviation sector has been applauded by the Federal government. The Minister of State for Air Transportation, Mr. Felix Hyat, gave the commendation on Tuesday, July 29, 2008, on the occasion of the signing ceremony of a N35 billion loan syndication agreement between Arik Air and a consortium of six financial institutions for the acquisition of five brand new Boeing 777 300ER aircraft. The six financial institutions include Zenith Bank, Union Bank, Intercontinental Bank, Skye Bank, First Inland bank and Afribank. Hyat said government would not sacrifice the interest of Nigeria to any foreign economy even a s he promised that government would not turn its face when there was foul play by any of the foreign carriers.

Air is doing in restoring the confidence of the whole world in Nigerian aviation industry which had received a lot of bashing in the past”. “We want to use the airline to promote our culture to the world. Airline business is the way to showcase the country to the world and we at Arik will do just that”, Sir Arumemi-Johnson Arik Air Chairman stated in his speech during the loan syndication signing ceremony.

We at Western Africa Magazine equally join in the felicitation of Arik Air for their monumental achievement in taking charge of the Nigerian Aviation Industry after the long period of rat race following the demise of Nigeria Airways the National Carrier. We are therefore committing to promote the young and prosperous airline through our network throughout the continent of Africa and the world. To the Nigerian traveling public we equally wish you the very best as you encourage Arik Air to invest in the future of the Nigerian Aviation Industry.

In today’s capitalist market everyone protests their own interest. And if you don’t do it; no one else will do it for you. That is the nature of the beast out there. So watch out! – Enjoy your flights cause you are in the safe hands of Wings of Nigeria!