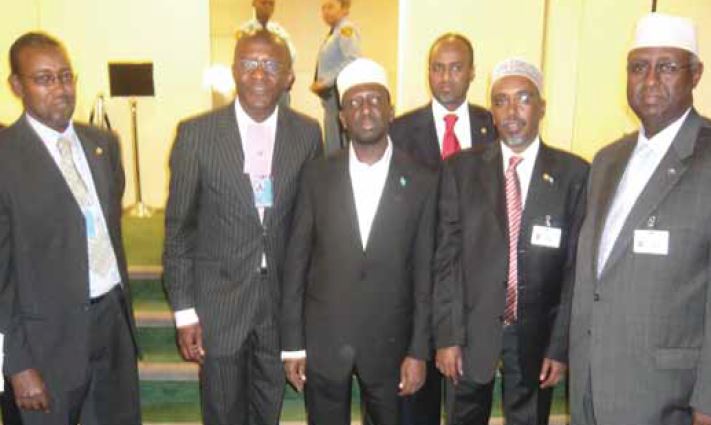 “I would hope to serve alongside others to ensure that Niger becomes a thriving and stable democracy with structures in place to ensure good governance and the rule of law going forward.”

HE equally granted Western Africa Magazine (WAM) a brief interview when we paid a curtsey visit to his office: HE responded to the following questions:-

WAM: Sir, you set up the office of the Niger consulate to the United Kingdom. What were your challenges taking this task from ground zero?

HE: The major challenge in setting up the consulate here in the UK was in identifying and appointing those giants of men who were not only capable but willing to put themselves forward for the task of ensuring that Niger republic is given a voice here in the UK. These men and women are my special advisers and the consulate staff who have not only ensured that the Consulate was opened but have continued to strive to ensure that it serves the purpose for which it was set up. I would like to highlight the fact that my office been a consulate works closely with the Niger embassy in Paris.

WAM: Your office is now up and running; Sir, can you briefly describe the new relationship of Niger with the international community through your office?

HE: My office was set up to support the ongoing effort of the government of Niger to further build on its current relationship with the international community with more emphasis on the Anglophone countries of which Great Britain is one. Currently the office offers full consulate services in addition to visa application services. 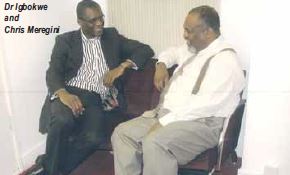 WAM: According to the record of the UN, Niger is still far from maintaining adequate food supply. How is the UN and other international agencies working with you to bring the much needed assistance to the people of Niger?

HE: Unfortunately the republic of Niger is one of the many countries that has been particularly affected by the climate change phenomenon which combined with our long standing history of poor agricultural yield, rising population and inadequate infrastructure has meant severe famine on a humanitarian level. The UN and several other relief agencies alongside some individual nations have been active in ensuring that efforts are made to provide for the basic needs of our population through various donations.

WAM: What would you say is your greatest achievement so far as the Consul of Republic of Niger to the United Kingdom?

HE: We have made significant strides in our effort to improve the relationship between Niger and the international community as exemplified by the advances made so far to set up the All party Parliamentary group for Niger here in the UK. My office working closely with others has played a major role in highlighting to the world the effect of current national disasters on our economy.

WAM: Can you give us a brief picture of where you plan to take Niger in the next 5 years in terms of development and international relations?

HE: I would hope to serve alongside others to ensure that Niger becomes a thriving and stable democracy with structures in place to ensure good governance and the rule of law going forward.

WAM: How do you foresee the outcome of the Nigerian election considering the very tragic and dramatic experiences we have witnessed from political elections in Africa lately; speaking of Ivory Coast and Egypt for example?

HE: It is not in my place to comment or speculate on the outcome of the forthcoming Nigerian elections however, it is the wish of all Africans that Nigeria ensures a free and fair election and safe guard its democratic institutions.

WAM: How would you like to be remembered at the completion of your service to the people of Niger and Africa in general?

HE: I would like to be remembered for my great desire to serve the continent of my birth irrespective of race, creed or nationality.

WAM: Your Excellency, using this as a platform, what messages do you have for the people of Niger both here in the UK and mainland Africa?

HE: I would love all Nigerians wherever they may be to lend us their hands and support our efforts even as we seek to build up this great nation. WAM

Dr Igbokwe at the UN session in New York