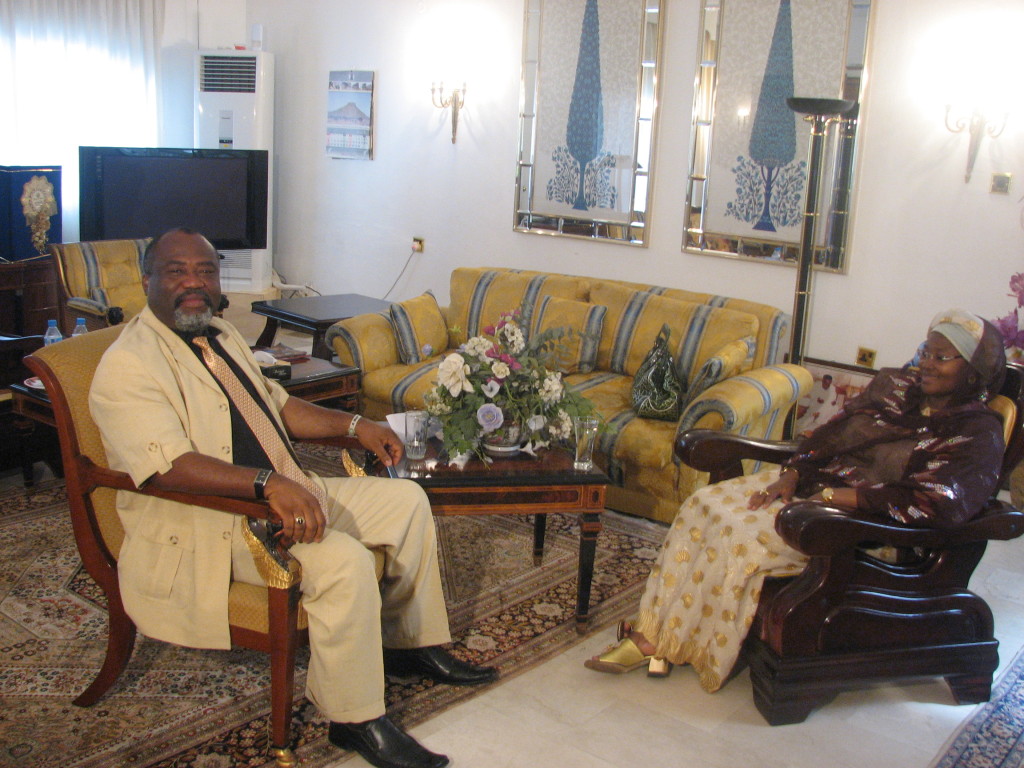 The Spirit of the early Greek political philosophers must be basking away in their eternity so far, noting that what they pioneered as “Democracy” in Greece is assuming increasingly wider acceptance and applicability, even in Africa.

And West Africa is apparently the exhibition theater for experimenting these political concepts – including DEMOCRACY. By the last count, nearly all sovereign states, pan Africa; have romanced with several regimes, curiously but helplessly swinging from civilian to military, back and forth. African Spirit must be a very resilient one, with the determination to survive equaled to a case found nowhere else the world over; waxing strong whether in the face of maximum military authoritarianism or disproportionate, fragile constitutional democracy, each both with ill-informed political activists.

Nigeria had been wallowing in the euphoria of her independence from British Colonial rule, since October 1st 1960,till January 1966 when the first team of ‘uniformed rascals’ toppled the peaceful civil rule. That coup that was to be followed by several other such martial disruptions changed the political landscape in Nigeria, and, seemingly, set the stage for other African states to copy. Today, Nigeria, like her Ghanaian forerunner, seems to have settled finally for a constitutional Democracy. Since May 29, 1999, when the Military, under the leadership of the Military gentleman’, Army General Abdulsalaam Abubakar, handed over to an elected government, Nigeria has had no incidence of military intervention in politics, for more than a decade now. Thanks to the military pedigree of a two-time- president {military Head of State, prisoner, then elected President) Olusegun Obasanjo.

The rebirth of Democracy in Nigeria brought to an end {or probably placed on hold!} the militarization of political structures in Africa’s single most populous country. The uneasy calm was regularized and reinvigorated by the people’s resolve and Çode- of-Will as enunciated in and by the 1999 Constitution of The Federal Republic of Nigeria. The main features of this constitution, like all such others of its kind, include the fact that it is written, and rigid; with commitment to a Presidential Democracy, characterized by separation of power, Bicameral Legislature, and the peoples sovereignty, which outlaws or bans any form of government other than what is prescribed in and by the constitution. The constitutionally prescribed process of statecraft, as explained above, clears the playing field for an exclusively civilian, capricious team of actors (called politicians) with a penchant for falsehood, immorality, violence, vindictiveness, sycophantic treachery, and exploitation of the gullible masses. These are the ugly other side of the dirty coin of military “at-once” mentality in statecraft and diplomacy.

In the last ten years, quite a lot have happened to show democracy has come to stay in Nigeria, Africa. At least twice, democratic maturity came under fire when, after every time-block of four calendar years, an incumbent civil regime was to be succeeded by another civil democracy. The polity survived the challenge and civilians succeeded civilians. Nigeria’s constitutional democracy is a dazzling testimony of African constitutional democratic civilization and political tolerance.

On the Southern boarder of Nigeria is the Republic of Niger with a rather chilling experience of failed democracy. The 10 years democratic rule was recently truncated by Prsident Tandja himself as he dissolved the country’s parliament and the constitutional court following the rejection of both institutions of his bid to extend his tenure of presidency for the third consecutive term, which is contrary to the country’s constitution of a maximum of two five- year terms in office for any president.

President Mamadou Tandja was first elected as president in 1999 for his first term, and re-elected for a second term in 2004. But late last year with months before the completion of his ten year tenure, he moved to amend the constitution to allow him a third term in office; a move the opposition describes as “coup d’etat” and vehemently opposed by the international community is dragging the country into civil war.
In a statement the US says “Niger’s President Mamadou Tandja has undermined a decade of good government in his attempt to stay in power beyond the legal limit”. The White House voiced concern over Mr Tandja’s attempts to “rule by ordinance and decree and to dissolve the National Assembly and the Constitutional Court”. “These decisions undermine Niger’s efforts over the last 10 years to advance good governance and the rule of law,” the statement said.
A former French colony; French Foreign Minister Bernard Kouchner said the tension caused by the prsident’s actions were “dangerous. He urged the 71 year-old leader to “respect the constitutional order”.
The West African regional bloc ECOWAS suspended Niger’s membership when he refused to postpone parliamentary elections in the face of an opposition boycott. Mr Tandja’s party won 76 of the 113 seats in the National Assembly on 20 October 2009, while allies won 25 and independents picked up the rest.
Individual reactions from the non-governmental levels have equally been condemning the development in Republic of Niger from both home and the Diaspora. Your comments:
This decision is a path to dictatorship in the country. The national assembly is going to accuse the President of felony and impeach him. This is going to put the country into political turmoil after a decade of political stability. (Abdou, Niamey, Niger)
This move by the president of Niger is nothing short of a coup d’etat. The African Union should not just stand by and watch this unfolding drama proceed to its logical end, for it is a recipe for chaos. I think it should intervene and call Mr Tanja to order. The AU should not only condemn coups carried out by the military, but should also condemn these “wolf in sheep clothings democrats” we have in Africa. (Numvi, London)
Dissolving parliament in a desperate attempt to get an unconstitutional and controversial third term is a transparent mark of political immaturity from a man of 70 who is operating with the 1970s African leaders’ mentality. Tandja should make a trip to Malawi and listen to Bakili Muluzi. (Augustine, Arusha, Tanzania)
I thought the example set by Ghana recently will encourage leaders in Africa to reason and realize that they are not divine rulers and that the country they lead is not their personal property. Tandja should do the honorable thing just as Rawlings and Kuffour in Ghana did and are now enjoying their private lives. (Daniel, Accra, Ghana)
Niger suffered austere military rule for much of its post-independence history. Not until 1993, 33 years after independence from France, did Niger hold its first free and open elections. A 1995 peace accord ended a five-year revolt by Tuareg tribes, who accused the government of failing to deliver on promised economic aid. Coups in 1996 and 1999 were followed by the creation of a National Reconciliation Council that effected a transition to civilian rule of President Mamadou Tandja in December 1999.

In the same West African Region, Guinea has not been quite that lucky. In population, and geographic size, another francophone, Guinea is on the other end of the continuum with Nigeria. Unlike Nigeria that regained her democratic course in May 1999 and has remained doggedly on that course since then; Guinea, who detoured into the inglorious status of a military state in the last quarter of 2008, could not hold out its military might beyond that quarter, due to inordinate individual ambition within the echelon of its military ranks. The animosity was so frantic that the “most senior aide” reportedly shot and wounded the military president and leader of the junta on the head. Captain Moussa “Daddis” Camara, the military strongman of Guinea who received “minor” injuries on the head, is said to be responding to the treatment given him by a mobilized team of physicians in Morocco. Guinea’s case is further compounded by the stiff, arrogant resistance to any form of “help” from outside to buffer its apparent national confusion and restiveness.

The hospitalized president would not tolerate any external incursion, of any sort. All statesmen must not fold their hands and play ‘optimal ignorance’ till Guinea has destroyed and counter-destroyed its citizenry. The time to act is now. Guinea and the Republic of Niger are losing where Nigeria, their Big Brother, was gaining. These two West African nations need help; by diplomatic persuasion or military confrontation. Africa, at home and in Diaspora, must not forget or ignore the Africa proverbial kins felling and togetherness. What aches Guinea and the Republic of Niger, pains Africa,
Africa, our Africa! So, help us, O God